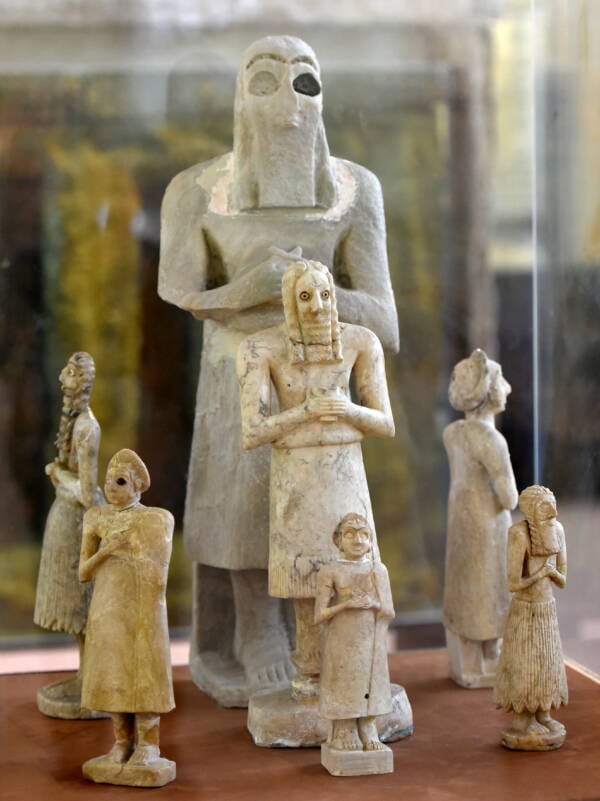 But according to the Sumerians, they didn’t do it alone; they owed their historic breakthroughs to a group of gods called the Anunnaki. In their telling, the Anunnaki mostly descended from An, a supreme deity who could control both the fate of human kings and his fellow gods.

Though much remains unknown about the Sumerians and their way of life, they left evidence of their beliefs in ancient texts, including the Epic of Gilgamesh, one of the oldest written stories in human history.

And if one thing is clear, it’s that the Anunnaki gods were highly revered. To worship these deities, ancient Sumerians would create statues of them, dress them in clothing, give them food, and transport them to ceremonies.

Millennia later, some scholars would speculate on what made these Anunnaki so special — and why they were held in such high regard. But it wasn’t until the 20th century that the “ancient alien” theory really took off.

Were The Anunnaki Ancient Aliens? 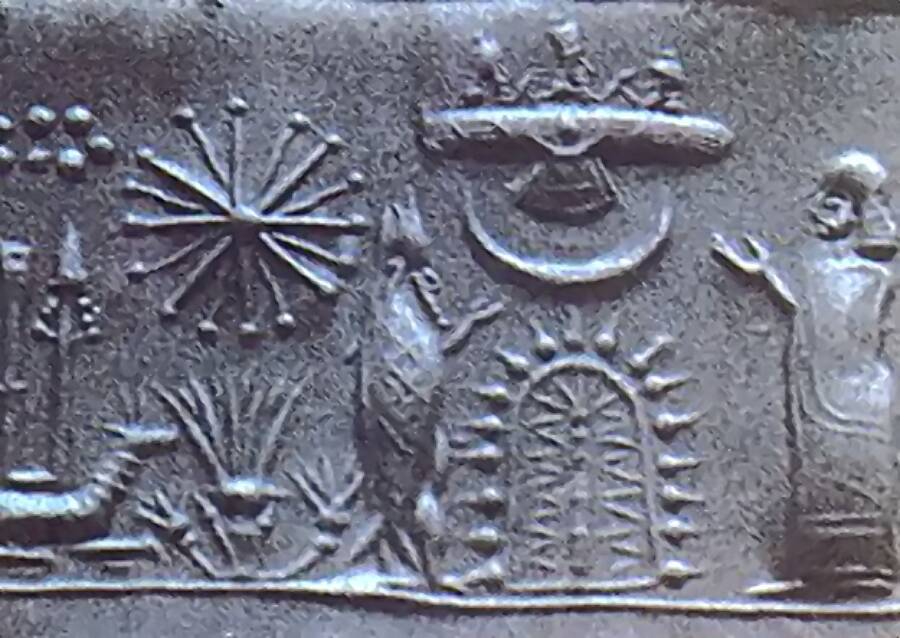 Much of what we know about the Sumerian civilization comes from clues that they left behind in thousands of clay tablets. To this day, these tablets are still being researched. But one author claimed that some of the texts hold an incredible revelation — the Anunnaki were actually aliens.

In 1976, a scholar named Zecharia Sitchin wrote a book called The 12th Planet, which shared translations of 14 tablets related to Enki, a child of the Sumerian supreme deity An. His book claimed that the Sumerians believed that the Anunnaki came from a far-off planet called Nibiru.

According to Sitchin, Nibiru has an elongated orbit of 3,600 years. At one point, this planet passed close by Earth. And its people, the Anunnaki, decided to make contact with our world around 500,000 years ago.

But the Anunnaki sought more than just a friendly exchange. They wanted gold, which they desperately needed to repair their planet’s atmosphere. Since the Anunnaki weren’t able to mine gold themselves, they decided to genetically engineer primitive humans to mine gold for them.

And by the time the Sumerians emerged as a civilization, the Anunnaki had given people the ability to write, solve math problems, and plan cities — which led to the future development of life as we know it. 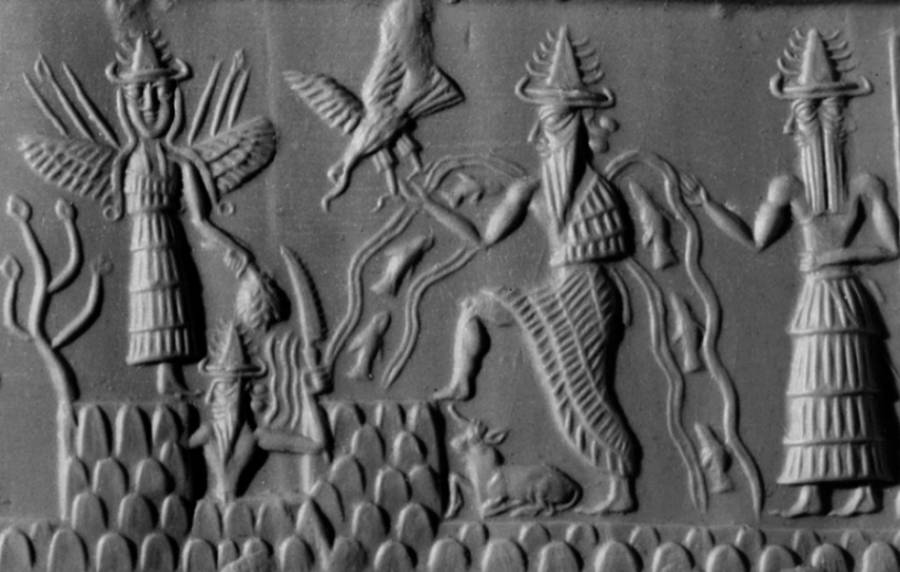 Wikimedia CommonsA depiction of the ancient Sumerian god Enki, pictured in the middle.

This may seem like a truly out-of-this-world claim. But Sitchin — who spent decades studying ancient Hebrew, Akkadian, and Sumerian until his death at age 90 in 2010 — once said that skeptics didn’t have to take his word for it.

“This is in the texts; I’m not making it up,” Sitchin told The New York Times. “[The aliens] wanted to create primitive workers from the homo erectus and give him the genes to allow him to think and use tools.”

As it turned out, The 12th Planet — and Sitchin’s other books on this topic — sold millions of copies around the world. At one point, Sitchin even joined forces with Swiss author Erich von Danniken and Russian author Immanuel Velikovsky as a triumvirate of pseudo-historians who believed that the ancient Sumerian texts were not just mythological stories.

Instead, they believed that the texts were more like scientific journals of their time. And if these theorists were hypothetically correct on all counts, this would mean that the Anunnaki were not deities invented by people to explain life — but actual aliens who had landed on Earth to create life.

Humans, in their telling, were made to serve alien masters who needed the Earth’s gold to sustain their civilization. And as chilling as that sounds, millions are apparently willing to entertain this theory — at least for fun.

Could The “Ancient Aliens” Theory Be True? 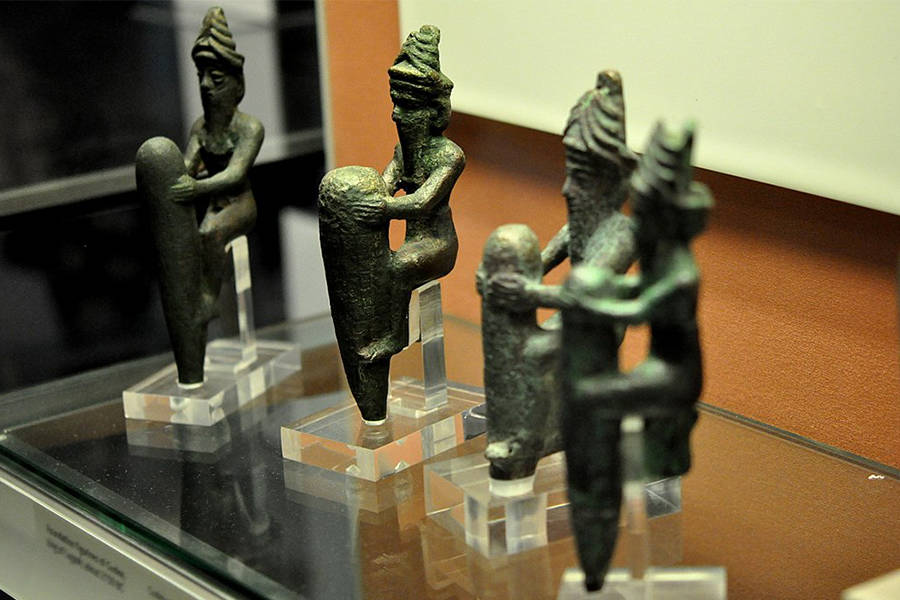 Most mainstream academics and historians reject the ideas put forth by Sitchin and his colleagues. They often say that these theorists have either mistranslated or misunderstood the ancient Sumerian texts.