Richard Proenneke did what most nature buffs can only dream of: At age 51, he quit his job as a mechanic and moved to the Alaskan wilderness to become one with nature. He set up camp on the shores of Twin Lakes. There, surrounded by mighty glaciers and solemn pine trees, he would remain for the next 30 years.

The Alaskan wilderness is as beautiful as it is dangerous, especially if you’re traversing it or inhabiting it alone. For example, if Dick Proenneke were to ever run out of food supplies, it would take him several days to reach civilization. If he ever fell out of the canoe he used for fishing, he would instantly freeze to death in the icy water.

But Proenneke didn’t just survive in this harsh environment — he thrived. Sheltered by the elements inside a cabin he built from scratch with his own two hands, he lived out the remainder of his life with a smile on his face. To the park rangers that would occasionally check in on him, he was as wise and content as an old monk.

Equal parts Henry David Thoreau and trapper Hugh Glass, Dick Proenneke is widely remembered for both his practical survival skills and his written musings about man’s relationship with nature. Though he’s long dead, his cabin has since become a monument for survivalists and conservationists alike to this day.

Dick Proenneke Loved To Venture Off The Beaten Path 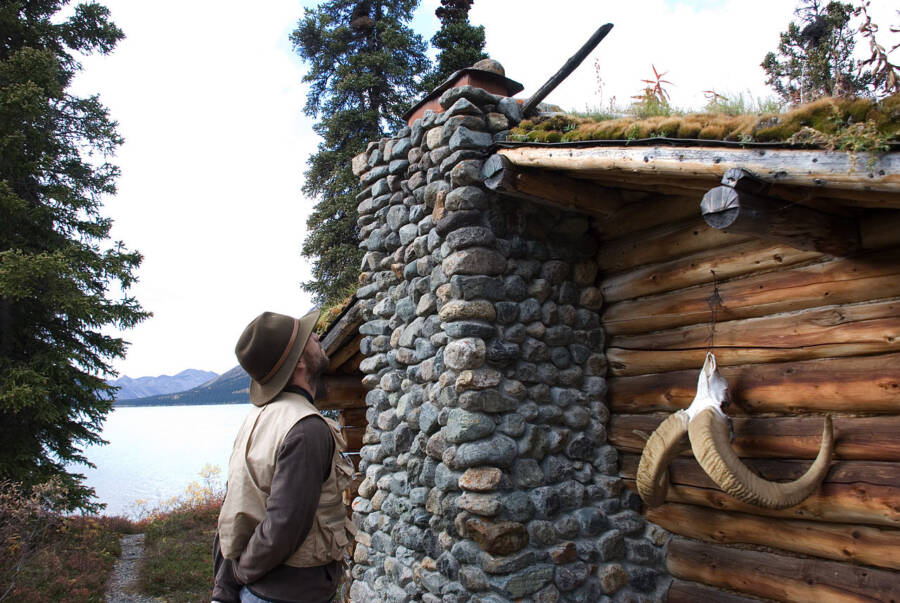 Wikimedia CommonsThe cabin Proenneke would build on Twin Lakes in his 50s included a stone fireplace.

Richard “Dick” Proenneke was born on May 4, 1916, in Primrose, Iowa the second of four sons. He inherited his craftiness from his father William, a carpenter and well driller. His love of nature can be traced back to his mother, who enjoyed gardening.

Ever one to venture off the beaten path, Proenneke received little to no formal education. He briefly attended high school, but dropped out after just two years. Feeling he did not belong in a classroom, he spent his 20s working on the family farm.

At this age, Proenneke’s longing for a quiet life had to contend with his passion for gadgetry. When he wasn’t on the farm, he was cruising around town on his Harley Davidson. He got to work with even bigger machines when joining the U.S. Navy after the attack on Pearl Harbor. 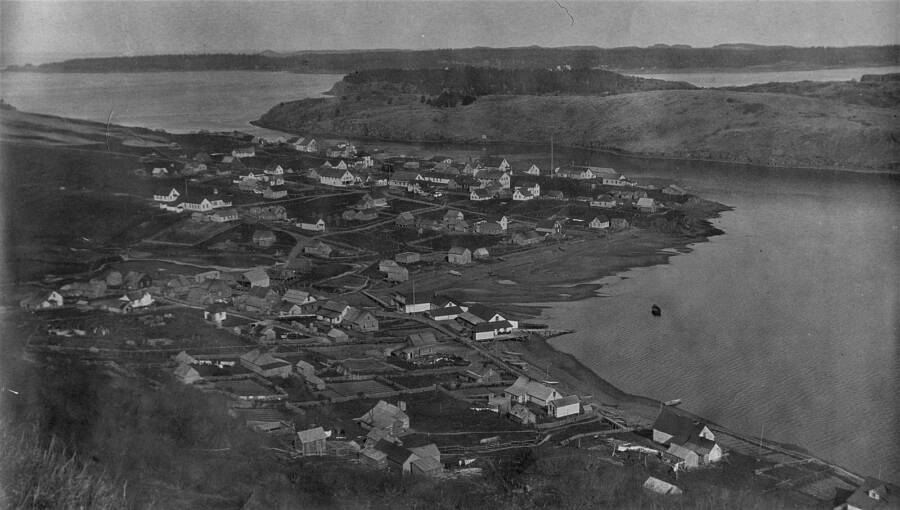 Wikimedia CommonsProenneke spent several years in the Alaskan city of Kodiak before moving up to Twin Lakes.

Proenneke, who had never caught as much as a cold, contracted rheumatic fever while stationed in San Francisco. Six months later, he was discharged from both the hospital and the army. Reminded of his own mortality, he knew he wanted to change his life. But he didn’t yet know how.

For the time being, he decided to move north, where the forests were. First to Oregon, where he ranched sheep, and then to Alaska. Based out of the island city of Kodiak, he worked as a repairman, technician, and fisherman. Before long, tales of his skills as a handyman that could fix anything spread across the state.

A welding accident that nearly cost Proenneke his eyesight proved the last straw. After making a complete recovery, he decided to retire early and move somewhere where he could cherish the eyesight that might have otherwise been taken from him. Fortunately, he knew just the place.

How Proenneke Built His Dream Home From Scratch 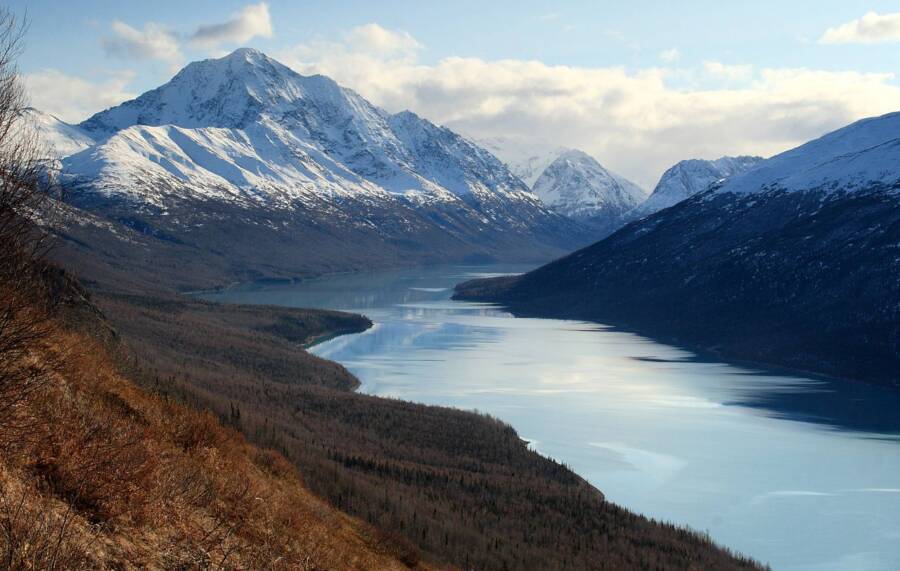 Wikimedia CommonsProenneke built his cabin on the remote shores of Twin Lakes.

Today, Twin Lakes is best known for being Proenneke’s private retirement home. Back in the 60s, however, people knew it only as a was a complex of deep blue lakes nestled between tall, snow-covered mountains. Tourists came and went, but no one ever stayed for long.

Then, Proenneke came along. Having visited the area before, he set up camp on the southern shores of the lake. Thanks to his carpenting skills, Proenneke was able to construct a cozy cabin from trees he cut and carved on his own. The finished home included a chimney, bunk bed, and large window overlooking the water.

Needless to say, Proenneke’s cabin didn’t come with easy access to electricity. Hot meals had to be prepared over a fireplace. In lieu of a fridge, Proenneke kept his food stored in containers he would bury deep underground so they wouldn’t freeze during the seven months of severe winter.

The Diaries Of Dick Proenneke 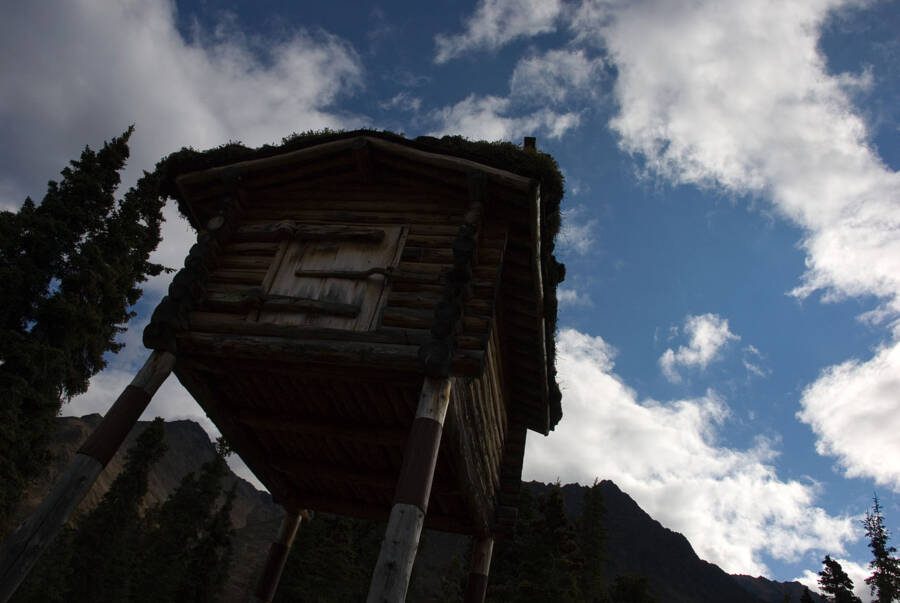 For Proenneke, starting a new life out in the wilderness was about fulfilling a childhood dream. But he also wanted to prove something to himself. “Was I equal to everything this wild land could throw at me?” he wrote in his diary.

“I had seen its moods in late spring, summer and early fall,” that same entry continues. “But what about the winter? Would I love the isolation then? With its bone-stabbing cold, its ghostly silence? At age 51, I decided to find out.”

During the 30 years he stayed at Twin Lakes, Proenneke filled up more than 250 notepads with his diary entries. He also carried a camera and tripod with him, which he used to record some of his daily activities, in case anyone would ever be interested to see how he lived.

Along with a biography composed by his friend Sam Keith, Proenneke’s notepads and camera footage were later turned into a documentary, Alone in the Wilderness, which shows Proenneke’s simple lifestyle in all its glory. The film was released in 2004, one year after Proenneke’s death.

How Proenneke’s Spirit Lives On In His Cabin 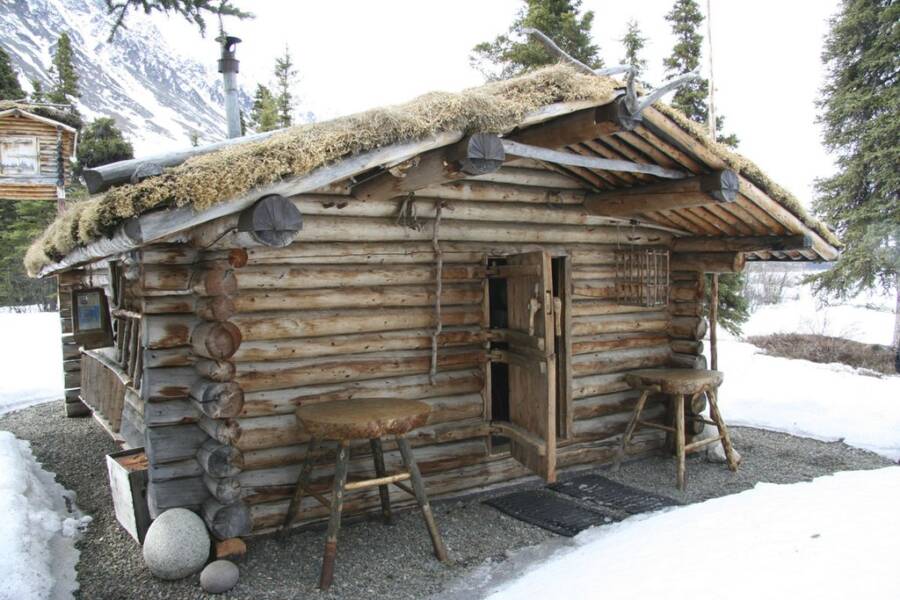 Interestingly, Proenneke didn’t breathe his last breath overlooking Twin Lakes. Though at age 81 he could still outrace young visitors on a hike up to his favorite rock, he left Twin Lakes and flew back to California in 1998 to spend the last chapter of his life with his brother.

In his will, Proenneke left behind his Twin Lakes cabin to the park rangers as a gift. It was a little ironic, considering Proenneke had technically never owned the land on which he lived. Nonetheless, he had become such an integral part of the park’s ecosystem that the rangers had trouble imagining life without him.

Today, Proenneke’s slower, simpler lifestyle remains an inspiration to many. “I have found that some of the simplest things have given me the most pleasure,” he wrote in his diaries. “Did you ever pick blueberries after a summer rain? Pull on dry woolen socks after you’ve peeled off the wet ones? Come in out of the subzero and shiver yourself warm in front of a wood fire? The world is full of such things.”